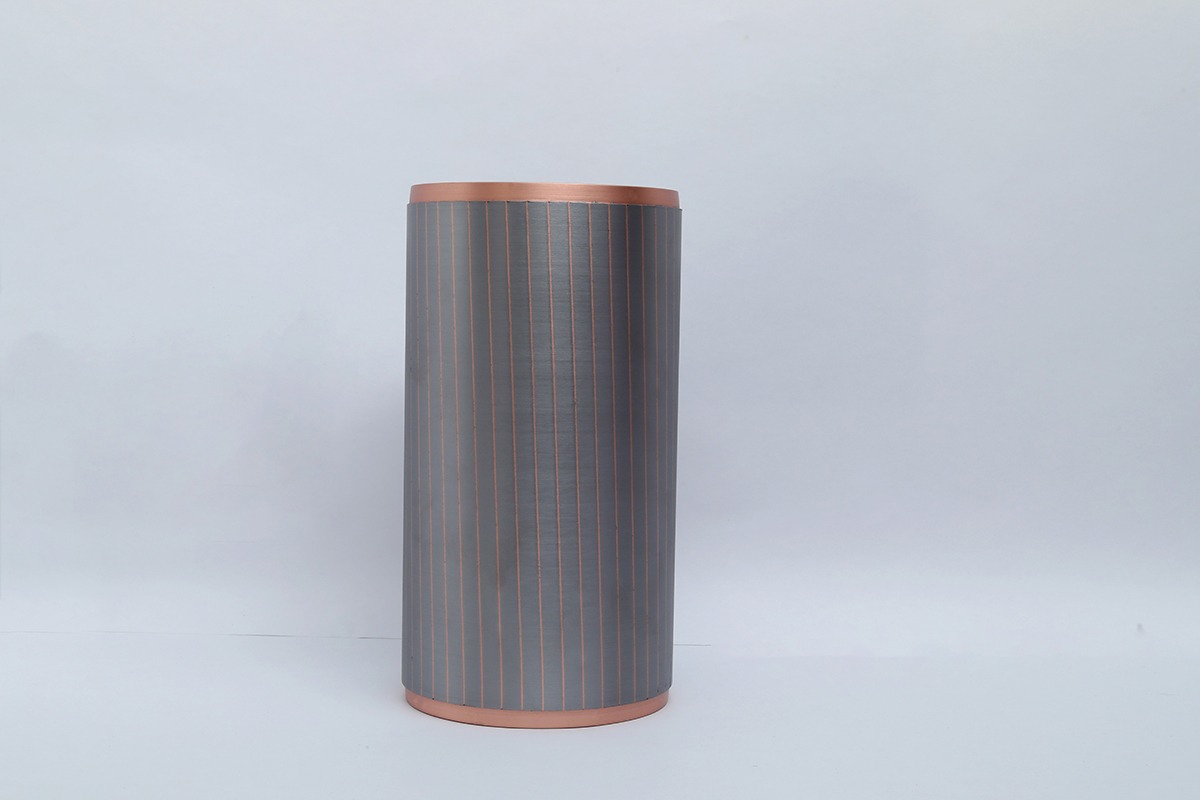 The efficiency advantage that die-cast copper rotors bring to synchronous electric motors is understandably attractive to energy-conscious industrialized countries, but it’s doubly attractive in developing countries, where electric power is often in short supply and relatively expensive. India, the world’s second largest emerging energy market (after China), faces a chronic 10% energy shortage up to 20% during peak periods while energy use is growing at between 9% and 10% per year. The problem is especially felt in rural areas, where 63% of households do not have any electricity at all. One step toward meeting this need was taken by the International Copper Promotion Council India, which is supported in part by a grant from an arm of the Small Scale Industries Development Bank of India and funded by the USAID Eco Project. The Council tested copper rotors in motors used for pumping water, one of the country’s leading agricultural uses for electricity.

Rotors were cast by Kitra Industries (India) Figure:1. The company simply substituted copper for aluminum as the conductor-bar material, making no another changes in design or in the configuration of armature laminations. While such direct substitution can improve efficiency, and often does, it isn’t an optimum solution.

Tests were conducted by the six Indian manufacturers who built the motors, along with several pump fabricators located in Coimbatore, TamilNadu. Additional testing was conducted by SITARC, an engineering laboratory. Tests included the following types of motors, all with both copper and aluminum rotors.

Results from tests on two of the 2-pole motors are shown in Tables 1 and 2 and on two 4-pole motors in Tables 3 and 4. As expected, the higher conductivity (copper) rotor material increased speed slightly (i.e. slip is reduced), and efficiency is increased by between about 1.3 and nearly four percentage points, a rather remarkable improvement considering that the motors hadn’t been optimized for copper.

However, because copper’s higher conductivity was not taken into account in the motor’s slot design, there was a reduction in locked rotor torque.

Copper rotors reduce operating temperatures due to their lower I²R losses. This is true in all examples shown here with the exception of the 2-hp (1.5-kW) motor, which contained no cooling fins. The corresponding aluminum rotor did have fins. Even without fins, however, the motor with the copper rotor ran only about 5.4°F (3°C) warmer than the cooled aluminum rotor motor. The temperature rise data in above table obtained by the winding resistance method. Separate tests that tracked temperature rise by direct measurement of the core temperature showed the same trends, but the temperatures reported were from 36°F (20°C) to as much as 72°F (40°C) lower.

Elevated temperatures accelerate degradation of the insulation on a motor’s windings, eventually leading to failure. The general rule of thumb in the motor industry is that for every 10 degrees Celsius hotter a motor runs, life expectancy can be cut in half. Conversely, cooler motors last longer. While copper rotor technology is still too young to provide long-term endurance data, it would be reasonable to expect that motors fitted with such rotors will provide longer service.

Breakdown torque values listed for the 4-pole motors described in Tables 3 and 4 are given in Table 6. In these motors, copper rotors apparently raised torque values by more than 50 percentage points over those for similar motors with aluminum rotors.

Voltages in India can vary substantially over time and, in this case, were both higher and lower than the nominal 415-V line potential. Nevertheless, results of tests comparing the pumping performance of motors with copper and aluminum rotors were conclusive, both in terms of pumping time to fill the attached irrigation tanks and the energy consumed in pumping a single liter of water. The 2-hp copper-rotor motor (which turns faster due to its lower slip) filled the 528-gal tank in 170 s less than it took the motor with an aluminum rotor to accomplish the same task. But C and this is significant C the copper motor consumed less total energy even at the higher pumping rate, and the volume of water pumped per kWh was 8.9% higher. For the 5-hp motor/pump combination, filling time was reduced by 82 s with the copper motor. In this case, the volume of water pumped per unit of energy was increased by 10.1%, thanks to using copper in the rotor. These results are encouraging, albeit somewhat surprising. For centrifugal loads such as pumps and fans, higher-speed copper-rotor motors can actually result in higher energy consumption because the power consumed increases with the cube of rotational speed. However, in the Indian tests, the increase in motor efficiency due to the copper rotors was large enough to offset the increase in power consumption because, in these cases, the increase in speed was relatively small. Here, the higher flow rate was actually a benefit. Had the increase in running speed been large, any increase in power consumption could have been overcome by adjusting the gear or drive belt ratio to slow the fan or impeller.

The four-pole 5-hp (3.7-kW) motor described in Table 4 was also tested in a doffing machine at a local textile plant. The line voltage at the time was approximately 345 V. During the period when the copper-rotor motor was in service, the plant’s hourly rate of energy consumption decreased from 1.95 kW to 1.68 kW, which, if sustained, translates to an annual energy savings of 2,365 kWh and, consequently, a reduction in annual greenhouse gas emissions equivalent to 3,074 lb (1,400 kg) of carbon. Power costs are generally high in India. The rate at the textile plant was $0.109/kWh, meaning that the copper-rotor motor would reduce the plant’s annual utility bill by $265.00. Had the test been an actual commercial motor replacement, the copper motor driving the doffing machine would have paid for its extra cost (about 10% higher than a standard aluminum model) in only 22 days. Can copper simply be substituted for aluminum in induction motors to produce a more efficient machine? In the cases reported by the Indian motor manufacturers, the answer is clearly yes. Experience by others5,6 suggests that this is often, although not always, the case. If, for example, significant stray losses arise as a result of using poor-grade lamination steel, those losses can be increased by introduction of higher efficiency copper conductor bars, and overall efficiency will decrease. For best results, motor design should be optimized in order to take full advantage of copper’s ability to increase efficiency.